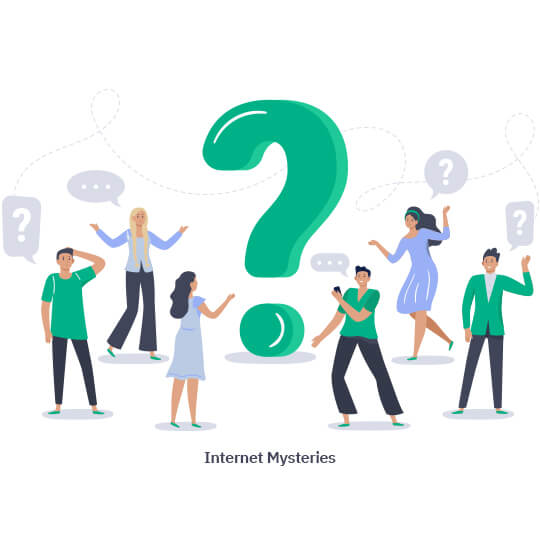 The Internet is a great invention loaded with the bulk of knowledge and information. Today, we can witness an advanced interconnected world solving numerous issues effortlessly, thanks to the internet for helping users in resolving many mysteries involving our studies, professional tasks, traveling, commute, and whatnot. But, do you know that the internet itself has a series of mysteries that are still unsolved?

This blog post aims to cover those internet mysteries which many of you might be unaware of. So, let’s read to know what are the other sides of the world wide web.

Here’s a list of the most compelling internet mysteries

Cicada 3301 is one of the most popular internet mysteries ever. It first appeared on the internet through an anonymous message board 4chan in 2012.

The organization forwarded an image with white text and black background containing the following text: 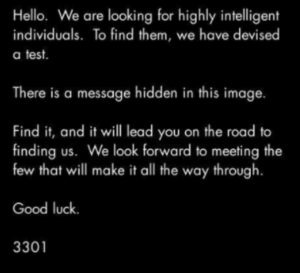 The image says that they need intelligent individuals to find a secret hidden message within the image. On opening the image in a text-file application, a series of characters emerged.

While decoding those characters, the user might lead to a website containing a large duck image and some weird text. But users realized that it was nothing but a red herring. They found out that it was a different message that led to an internet rabbit hole.

The group apparently retired after the mystery had been solved. It is believed that the anonymous group had hired those who solved the mystery. But no information about those candidates exists.

Another scary internet mystery was GhostNet, a Chinese hacking operation. GhostNet was a secret Chinese operation that occurred back in 2009. The operation almost targeted 103 countries with an email phishing scam designed to infect computers. The hackers could turn on a video camera and microphone to record everything in the room once a computer got infected.

It’s a creepy, undiscovered internet mystery since no one knows who was behind this cyber hacking operation. It’s recommended to always use antivirus software along with a premium VPN like iProVPN.

Bitcoin is the most valuable cryptocurrency in the world today, and it was first introduced in 2009. Numerous online sources have mentioned “Satoshi Nakamoto” as the inventor of Bitcoin. However, there is no information regarding the real face of Bitcoin.

Gary McKinnon was a hacker who accessed NASA’s website back in 2002. According to the hacker, he witnessed a series of documents that confirm the presence of some remarkable technologies like zero-point energy, UFO technology, and anti-gravity technology. Many people believe that he was lying to cover his nefarious acts. It’s still unclear whether such technologies exist or not.

Mortis.com is a website that first emerged on 4Chan containing a black background with white text written ” Mortis”. When a user clicks on the text, he gets directed to a login page. After a lot of research, it was discovered that Morti.com was a site that hosted terabytes of information.

Yet, the website couldn’t be cracked by anyone as it was already taken down by the FBI. The website owner is still anonymous, but some people believe that a person named “Ling” owned the website.

The name is quite strange, but it was a Facebook fan page with 615,000 followers that managed to cope with various cartels and expose cartel crimes. Moreover, they also have exposed and dealt with other scary things on which various journalists have killed. The page is running anonymously, and no one knows about its owner.

The plague doctor video is an internet mystery that has yet to be solved. A spooky video of a plague doctor has been sent to a tech blogger at GadgetZZ. Later, the blogger published it and asked for help from others to resolve the riddle. A code appeared on the DVD menu “11B-X-1371”. According to some people, it was nothing but an elaborate promo for a project. However, no one really understood what it really was.

Many researchers strongly believe that it secretly falls into the internet’s black holes when any incoming or outgoing traffic fails to deliver. It could be a serious security threat, but no one actually knows about these internet black holes, which is quite scary.

A strange video of a mannequin robot was posted on Creepyblog’s YouTube Channel. The video received almost 6 million views. The robot was saying “I feel fantastic” plus, in the background, some awkward lyrics were also heard “Please. Leave, run, run, run”. Many viewers tried to combine or put together a conclusion of this video but failed.

There you have it! These are the most popular internet mysteries. But the list doesn’t end here; you can find a lot more. The internet has a vast spectrum with unlimited benefits, but there are its downsides too. Therefore, be a little mindful of your internet usage. Don’t access or click on unknown links.  Always use online safety tools like VPN and make sure they’re working. Other remedies are using antivirus software and two-factor authentication for ultimate protection from unknown threats. 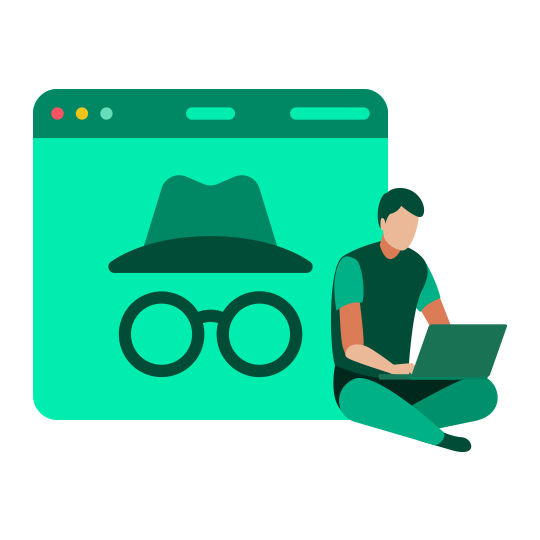 What is Incognito Mode – Facts You Probably Did Not Know!