How to Hide your Sensitive Pictures

Got a picture or a bunch of pictures that you’d like to keep safe? Not to worry! We’ll show you how to hide your NSFW pictures on your devices!

It’s no secret, everyone has a picture or two that’s personal – sensitive if you may call it that’s not meant for everyone to see. It could be a picture saved for a spouse, a significant other, or even a before and after workout picture that you might only want to keep for yourself. Chances are high that anyone can hack into your device and steal these pictures if you’re not careful.

There is also a circumstance that while using the WiFi at work, almost anyone can tab into your phone and access these pictures, for as long as you’re connected to their network.

Now, here’s the situation: the majority of users around the world with a smartphone or a tablet, seem to lose sight that almost anyone can get access to your pictures, and especially if you save it on platforms like Dropbox. When you click a picture or receive one from apps from WhatsApp, or Messenger, all pictures and videos automatically get stored on your Google Photos account.

With that said, Google has recently launched a “Locked Folder” that allows you to hide all your sensitive pictures or videos. It’s currently available for Google Pixel 3 and later devices; though a version for all Android phones and tablets are bound to roll out soon.

However, if this feature isn’t yet available on your phone, you could also opt for the “Archive” feature to temporarily save all sensitive content. Other than this, there are other tutorials below showing you a number of ways to safeguard your NSFW pictures and more on iOS and Android devices.

Before we get started with the tutorials, there are a few tips below that you can use.

Everyone has the right to take a picture of themselves, and if it’s private, then there are a few tips that you can take to make sure no one gets their hands on them. Here’s what you could do:

How to hide NSFW pictures on iOS and Android

This is a simple method, but again, not secure. All it will do is transfer all pictures and videos that you select into your “Hidden” folder. Here’s how you can do that:

And, that’s about it. As mentioned above, by moving pictures or videos into the Hidden folder, doesn’t mean that no one will be able to access them. It only means that the files are temporarily hidden. If you’re trying to hide the album, here’s what you can do:

Again, this won’t be hiding anything. Anyone with motivation can still get into the very same album if they wanted to. However, if simply shifting around pictures on your device is not satisfying, there are other safer methods available for hiding your sensitive pictures online.

As mentioned above, there is another way to hide sensitive pictures and videos on your Android smartphone using the “Locked Folder” feature. You can read ahead to get familiar with it.

How to hide your sensitive pictures via cloud storage

If you’ve gone through the entire blog from the very start, I’ve mentioned that most users, with a lack of research, often go for online storage apps that are susceptible to cyberattacks. One such app is Dropbox. It’s just not safe, especially if you’re trying to hide NSFW pictures.

With that said, there are numerous other online storage services that you could use. We’ve carefully gone through each and listed only the best right now. If you’re going for a cloud service, consider one that offers higher levels of encryption, password protection, and other kinds of security features.

First, on the list, we have the Google Photos Locked Folder. You’ll find it on Google Pixel devices, and soon on other Android phones! What’s great about the app is its password-protection feature. Plus, you wouldn’t need to manually load all sensitive pictures to the folder one by one.

With its latest feature, you will be able to click a picture and directly send it to the Locked Folder. Unlike Google Photos, the Locked Folder app is highly encrypted. With that, you will be able to pick and choose which sensitive pictures to send to the Locke Folder and which ones to leave stored on your device. It offers free storage of up to 15 GB, and a paid one that offers an additional 100 GB that costs around $1.99/mo.

Another one of the best online storage for hiding your sensitive pictures is pCloud, operating  It operates with zero-knowledge encryption, meaning none of your data is stored on its servers. It also means that no one else will be able to break into your account and steal your pictures. This is best for hiding your NSFW pictures and videos. In fact, the provider itself is confident that their software is unbreakable; where they challenged hackers around the world to attempt breaking into it, for a reward of 100,000 USD. It offers free storage of 10 GB and allows users to extend the storage space up to an additional 500 GB for $47.88/year.

Another one of the best is Sync; offering users a chance to store their NSFW pictures and videos in a safe online storage, where only you can access. Just like pCloud, Sync too, promotes a super high-end and encrypted storage software that’s not hackable, giving users a complete hold of their privacy. It further adds, they will never log, or share any personal data to third parties and other sources, especially since they too can’t access it.  A few security features added to it are password protection, two-factor authentication, granular user permissions, remote wipe, more.

Normally, most users assume that storing sensitive pictures and then deleting them would automatically clear off all the evidence. Back in 2014, there were a few leaked nudes of Jennifer Lawrence and other celebrities. Looking at that, what’s to make of online privacy?

A prison sentence was given to the hacker for the leak. However, if deleted pictures are often hacked, to what degree are your pictures safe? The fact that the hacker could infiltrate iCloud storage, means that they could do much more with a phone. This applies even if the phone is wiped clean. In a nutshell, if you’re going to save sensitive pictures, make sure you understand the consequences.

Personally, I wouldn’t recommend anyone to save their sensitive pictures on the cloud, even though it seems a little safe. There’s always a way to get them traced back to you, or can be hacked. If you’re still considering the option, there’s a guide above for the best ways to save NSFW pictures. We’ve suggested a few encrypted cloud storage. 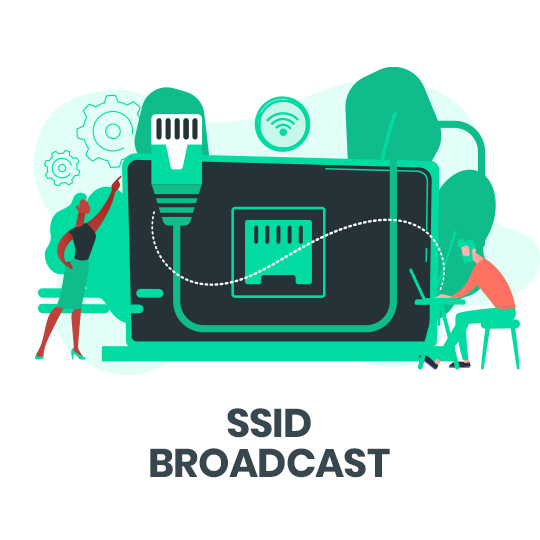 How to Disable SSID Broadcast to Hide Your Wi-Fi