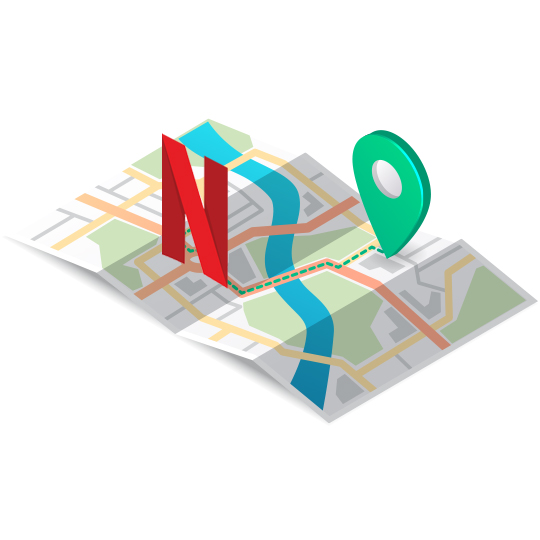 How to Change Netflix Region

Have you ever tried looking up a movie on Netflix but can’t find it? Here’s the situation, Netflix’s content is accessible within certain countries, and the reasons are vast. So, to access Netflix content and any library worldwide, you need to change your Netflix region.

Netflix allows people to enjoy this golden age of television, especially when staying inside is a must instead of a choice. Times like this leave a lot of time on our hands – where most users look up streaming content or the latest movies to binge on. With that said, Netflix is one of the more popular streaming services that is visited.

Unfortunately, some of Netflix’s content is restricted to specific countries due to cultural and political considerations, contracts with television and movie studios along copyright laws. This means that the list of available shows somewhat depends on where you reside in the world. Or, to be more specific, where Netflix thinks you are!

We’ve all been there, and we share your sorrows. Fortunately, there is a safe way you can change the Netflix region and make it think that you’re in a different country. This guide will show you how!

Can I change Netflix region?

The short answer to this is that you can’t change the country or region on your Netflix account, but are able to hide your region and replace it with a new location. To do that, we recommend using a VPN for Netflix that’s currently the safest – iProVPN can help change Netflix region and unblock content from anywhere in the world.

How to change Netflix region

You can stream on Netflix using a number of devices. If, however, you need a little assistance to change Netflix region on your device, here are a few tutorials you go through:

How to change Netflix region on iPhone

How to change Netflix region on Android

How to change Netflix region on PlayStation

How to change Netflix region on Smart TV

If you’ve got yourself an Android Smart TV, changing your Netflix region on it will be fairly simple. Here’s how you can do that:

If, however, you don’t have an Android Smart TV and don’t have access to the Google Play Store, you could always add the VPN connection via a supported router.

How to change Netflix region on Xbox

How to change Netflix region on Roku

Why a VPN helps to change Netflix region

If you have an up-to-date Netflix subscription, the rest of the steps will fall quite nicely into place. By using a streaming VPN, you can bypass geo-restrictions and view content from another region. A VPN cloaks your IP address, and while you’re online, no one can locate your exact whereabouts. There are many benefits to implementing a VPN:

To get started, you will need a top-quality VPN service (that’s designed with streamers in mind) that would allow you to change your Netflix region reliably and effectively. With this, you’ll be able to watch unlimited Netflix content, whether they’re the best shark movies or old-timey classics.

Netflix has its streaming tentacles in more than 190 countries but what you watch at yours is not always available when traveling.

The Hollywood television and movie studios invest billions into making each show and movie, which means that a lot of invested money is at stake every time new content is rolled out. The studios make sure that copyright laws are enforced, and they earn as much as possible from their hefty investments.

Online streaming platforms have taken a toll on studio profits since the onset and popularity of the digital era. So the studios have adapted by offering movies for sale through outlets such as Netflix.

Copyright laws are enforced by country, and since each country has different laws, they have different content demands.

For instance, a movie well received in the States may not be that interesting in Brazil, and a British comedy may not be found funny by American audiences. Netflix tackles these differences by offering specific streaming titles in some countries compared to others.

Another major reason you’ll find a different playlist for a different part of the world is the national consideration.

These censorship laws or orders may arise if the content is sensitive for specific audiences, violates religious or cultural ethical codes or simply because the politicians do not want their citizens to view such content.

That’s why, if you were streaming a sensitive series with adult content in the USA, you may not be able to access the same if you are in Malaysia or Indonesia.

To avoid conflict of interests

Netflix filters content when you travel to avoid conflict with their studio partners. So you can access nearly 4000 movie titles available to US audiences, but if you’re traveling to Italy, you only get access to 2500 of those titles.

Just in case you’re wondering whether you can change your Netflix region to one that can unblock a certain library or unblock Netflix as a whole, then yes, you can. The safest way to do that is with the help of a VPN.

So why should you do all the hustle to gain access to restricted Netflix libraries? People have their own reasons, but here are the top three why all this effort is worth it:

How To Choose a VPN to Unblock Netflix Series

Using a risk-free VPN to watch Netflix is legal in most countries except for those where VPNs are restricted. Other than that, you can access any website, including streaming sites like Youtube and Dailymotion.

Keep the following criteria in mind when choosing a VPN to unblock Netflix:

Can I change my Netflix region without a VPN?

Most of you might not want to use a VPN to change your Netflix region and would like to know if there are other ways to do so. You could use a proxy service but the benefits are not the same as a VPN. It’s because a proxy does not come with the adequate encryption standards required to secure your connection. In short, it’s not secure. A proxy does work, but if you require security and privacy alongside it, a VPN is the best option to change your Netflix region. You can always learn to check if your VPN is working to get started with Netflix.

You’ve changed your Netflix region but still locked out, now what?

If you change Netflix region and are still not able to access the content or libraries, there are a few things you can do. For this, you can change servers, or get yourself a dedicated IP address. Static IP addresses are shared by many other users and might cause connectivity issues.

Can I watch Netflix abroad?

Yes, you definitely can. Using a VPN, and the tutorial above, you will be able to mask your physical location and access Netflix from abroad. Even if you live in the UK and want to watch the US or American Netflix, you will easily be able to do that. We, at iProVPN, do not condone violating any copyright laws, but we’re here to offer you a safe alternative to access Netflix with ease.

How do I change my Netflix billing country?

Changing your Netflix billing is different from changing your Netflix region. If you’re planning on changing the Netflix billing address, you will need to close your account and create a new one in the country you’re moving to. All you need to do is wait a bit till your current billing time is up and then terminate your account. Once that’s out of the way, you can create a new account or restart it in the country you’re moving to or visiting.

How to change Netflix region without a VPN?

You could consider using a proxy, but that’s likely not going to work. Proxies don’t offer the same benefits as a VPN. This means that to change your Netflix region, you’re going to need a VPN.

You now know how to change Netflix region from anywhere in the world! However, you’re not exactly changing your Netflix region on your account. But, in turn, you’re basically hiding your physical location with a VPN, so that Netflix detects you as a user from a permissible region.

If you’re home-bound like the rest of the world and are in search of new content, then it’s time to change the Netflix region to one that has more titles for viewing. Our favorite shows are like security blankets that keep us sane during difficult times, which make all these efforts worthwhile. Connect to iProVPN today and stay tuned to your favorite content, and from anywhere in the world. It’s currently one of the best Netflix VPN services that are user-friendly. 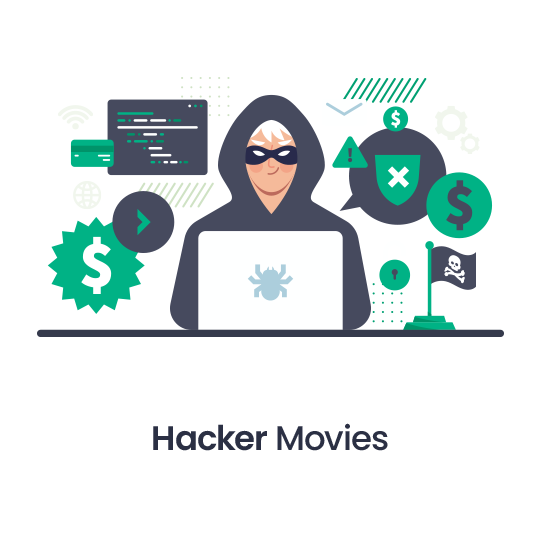 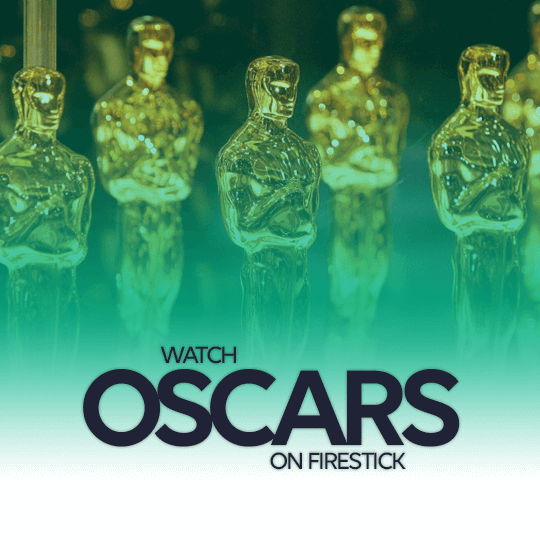 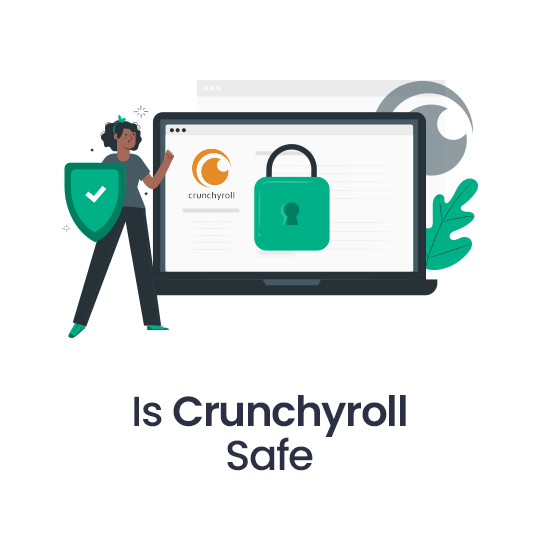